From 2013 to early 2015, Tim Maurer (CocoMonkey) started a project to play (and write about) every D-Mod ever released. He titled this project "Crazy Old Tim Plays All The D-Mods", and it can be read on the forums here.

Tim was an exceptional writer, and quickly developed a keen authorial voice towards D-Mod criticism. His project was very popular with the community.

Sadly, shortly after completing this project, Tim passed away.

This project has been turned into two books. Volume 1 covers 1998-2004, and Volume 2 covers 2005-2015. These books add some additional comments from members in the community, as well as 'historical' context around Dink, the D-Mods, and the authors that Tim discusses.

These books are a passion project; nobody is looking to get rich off of this. The books have been set to the lowest price allowed by Createspace/Amazon.com, and no profit reaches me (Dan Walma) through the sale of any book.

The full-color versions are very nice (see comparisons below), but very expensive. 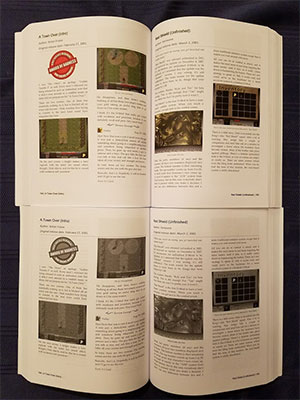 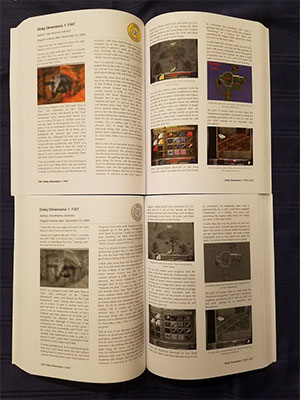