Reply to Re: Crazy Old Tim Plays all the DMODs of 2002

"DON'T LET THEM KNOW WHO'S SERVICE YOU ARE IN!!"

Oh boy, a second DMOD from 2001 in my 2002 topic! Just what I needed. And wouldn't you know it, I'm reviewing it on its thirteenth anniversary, too. Happy Birthday, "Spy Number 13."

This DMOD by Scratcher was until recently a lost DMOD, but since an updated version was released just a few days ago, I gave it a go. And you know, it wasn't bad. I found it to be a fairly entertaining romp. 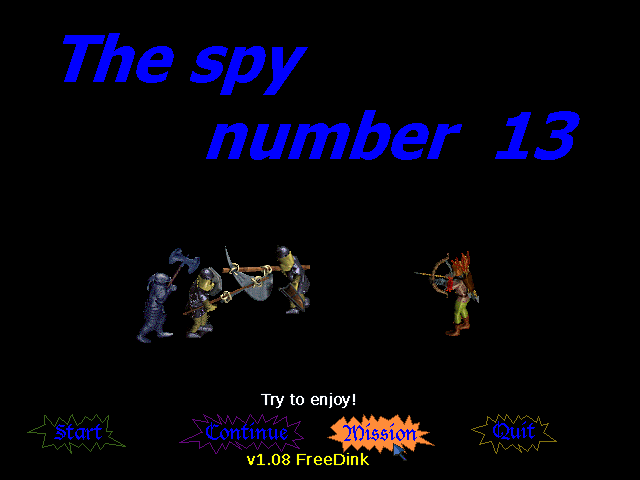 This DMOD stars a goblin secret agent sent to infiltrate the headquarters of the Humans Plotting Detachment Against Goblins, which is a terrible name. It reads like the kind of name that is stretched really, ridiculously far for the sake of a cute acronym, but it doesn't spell anything. All the more reason to infiltrate them and ruin their plans, I suppose. 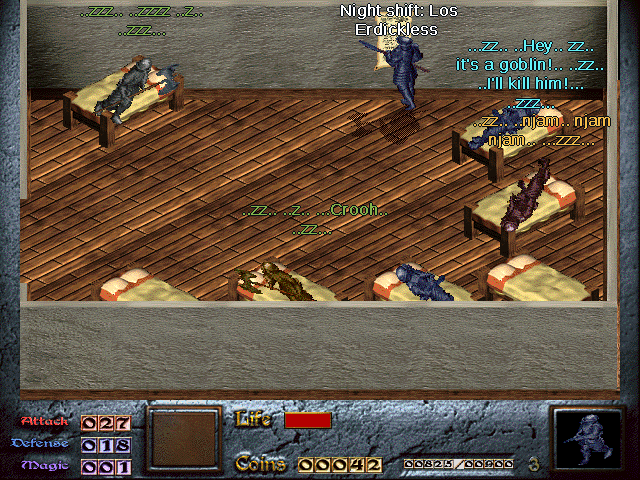 Mind you, HPDAG isn't even the worst name in this DMOD.

In order to avoid getting caught, I spent nearly all of the DMOD wearing a suit of armor. This was, for the most part, enough to prevent the soldiers from suspecting my true identity, and frankly, I can't blame them. How does that goblin fit into that suit of armor? This must be some kind of goblin magic of which I was previously unaware. The armor also gives you plus 5 defense, so you'll obviously want to wear it even when the jig is up. 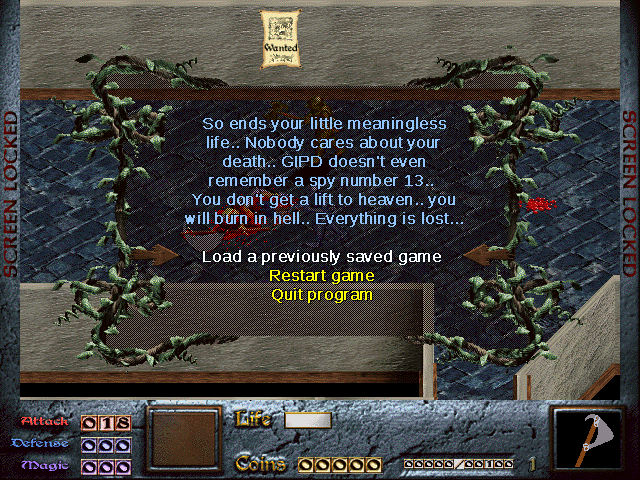 Apparently "You died" isn't good enough. This DMOD wants you to know that your failure is complete in every sense.

The focus here seems to be on challenge, and I must admit that I saw the screen above quite a few times. On the other hand, I never really found myself saying, "bull****, this is completely impossible," which is a position I've found myself in quite a few times in DMODs. It helps that I found nearly all of the secrets (hint: hit walls). One particularly dirty trick this DMOD pulls is that all of the savebots are invisible. They do hum in the new version, however, and they'll briefly turn visible if you hit them. 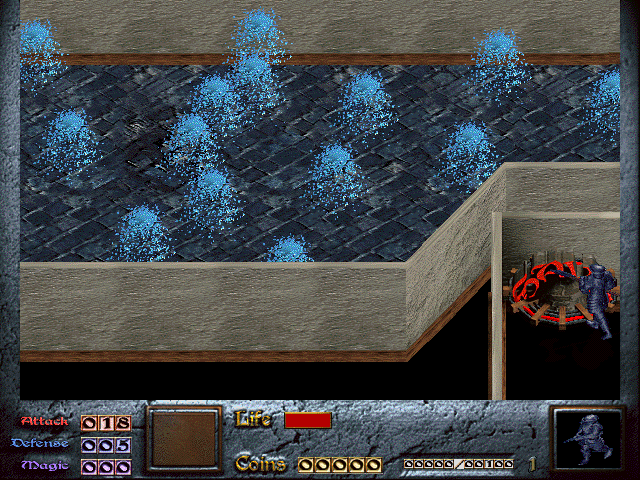 Don't blink, or you'll miss the rare and elusive savebot.

The toughest part comes when you're confronted by several knights who have figured out who you are. Some of them move very quickly and they all hit very hard. They won't ever target each other, so it's tricky to run laps around them and get them to wipe each other out. Even after that, you'll still have one strong knight to fight. The knight's hardbox is quite different from Dink's, and as I played this DMOD, I got used to a different way of fighting. Whereas horizontal fighting is better for Dink, when playing as the armored knights, you're better off aligning yourself vertically with your opponent and striking when there's still lots of space between you. If you're good, you'll hit before they get close enough to hit you back. Anyway, this scene is very strange. After you defeat the knights, your cover goes back to working perfectly for the rest of the DMOD. One of the knights even escapes the screen whatever you do - he really doesn't warn the others? It's definitely best not to think about anything in this one.

The final boss is Dink Smallwood. It's a long fight that gets a bit dull, especially since the MIDI cuts out a couple of minutes in. It took me six tries to finally beat down the pig farmer, but the most evil part of the DMOD was still ahead: a timed alarm. 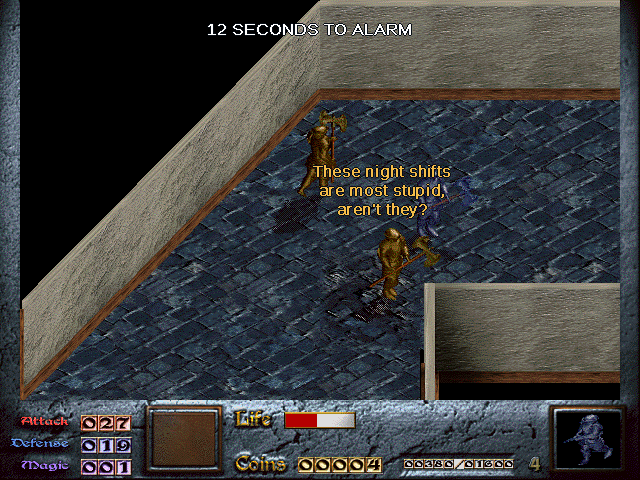 It is just barely possible to get back to the entrance before your thirty seconds expire. When I pulled it off on my second try, I hit the warp just as the failure message was triggered. This was pretty infuriating, especially since, like so many other things here, it doesn't make any sense for Dink's death to somehow trigger an alarm... but not immediately. HPDAG had it coming for being so very, very dumb. 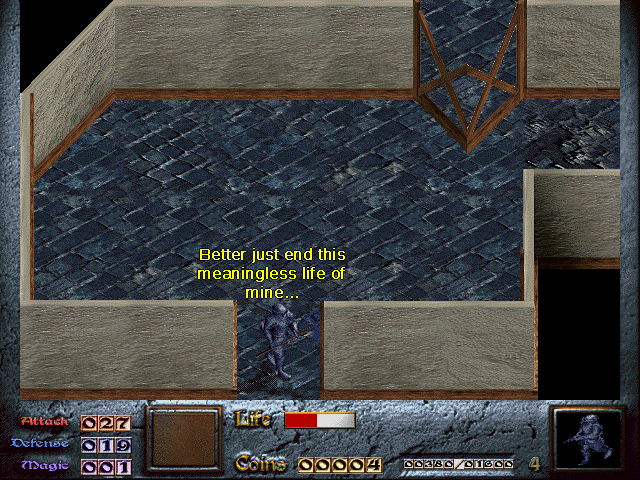 This is what you get if you don't make it in time. See how close I was? The line between meaningful and meaningless is slim indeed.